(across the street from the

Aktion Club is open to all adults living with disabilities who want to become community leaders and provide service to others.  Amazing things happen when they discover their talents and put them to use.

Aktion Club members give back to the community that has supported them for so long.  They perform service projects such as food drives, cleaning up parks, visiting nursing homes and helping Kiwanis clubs with their projects.

By being part of a club that gives them an opportunity to develop and use their talents, Aktion Club members improve self-esteem and their belief in themselves.

THE HISTORY OF AKTION CLUB

George D. “Jake” Swartout, A Governor of Kiwanis International's Florida District, organized the first Aktion Club for adults who live with a disability.In 1987 they established the first club in  Florida. With  fellow Kiwanians Ed Brooks and Dick Wittner, the Aktion Club concept spread throughout the Florida District and, by world-of-mouth, throughout the Kiwanis world. Aktion Club became an official Service Leadership Program of Kiwanis International on October 1, 2000.

Today, there are clubs in Canada, Barbados, Malaysia, Jamaica, Bahamas, Philippines, Australia and the United States. 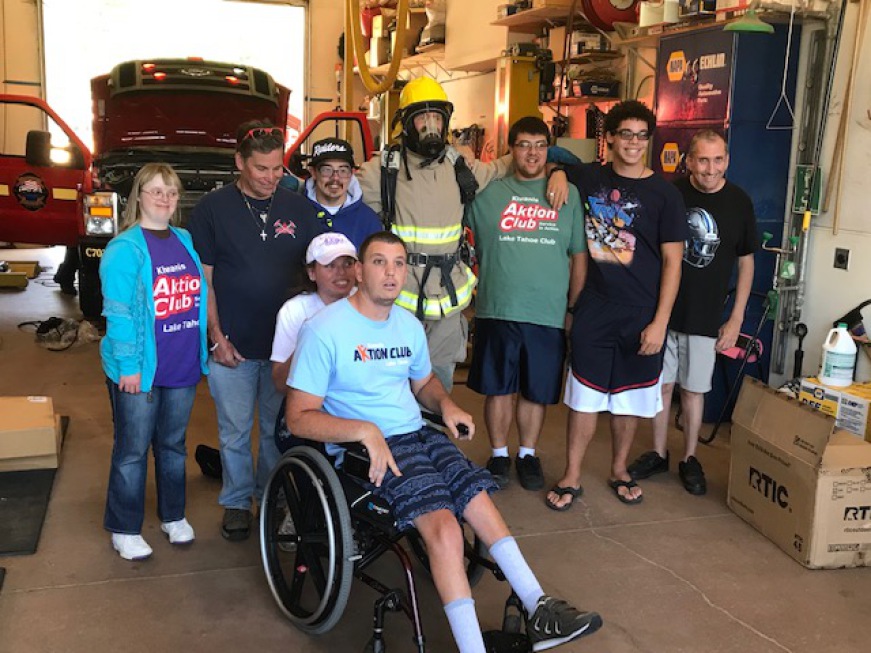